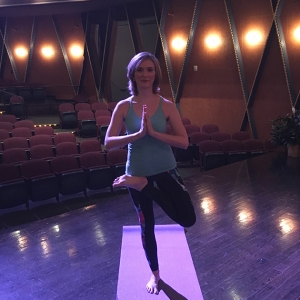 The first time Kristen Queen, a professor at Texas Christian University School of Music, took a yoga class was in 2006 with a wonderful YogaFit instructor. Even back then, she says, she kept noticing the effect yoga had on the way she taught music—the little nuggets that would surface whenever she worked with her flute students. It might be something from yoga philosophy or something as simple as asking her students to notice where the weight is in their feet or what the relationship is between their shoulders and their ears, their breath and their movements.

She began her YogaFit teacher training in earnest in 2012, with the sole purpose of creating and structuring a class that would benefit her music students. Although there were other yoga-for-musicians programs out there, Kristen wanted hers to be closer to the YogaFit model, to adhere to its seven core principles. “Three of these principles—letting go of competition, letting go of judgments, and letting go of expectations—are biggies for musicians,” she says, “We grapple with those challenges every day, all the time.” So they were as important to teach as other, more physical challenges like how to deal with repetitive use injuries; and how to tune into what their bodies need at any given time.

Although Kristen’s yoga course is a now regular, for-credit class, she initially offered it as her YogaFit community service project, free of charge, for any music student or faculty who wished to attend. She started the class on the recital hall stage, she says, and continues to teach it there for a couple reasons. First, “it’s close by and students don’t have to go all the way across campus to the gym,” so they’re more apt to come. Kristen still provides mats and props, so no one has to worry about what to bring. Secondly, she says, “I wanted to address the whole psychology of space and place. The very reason we’re nervous on the recital stage is not because of the physical space itself, but because of what we’ve told that space to be.” She chose the recital hall stage because that’s where her students perform so they understandably associate it with a certain level of anxiety. She hoped that having yoga there would change how they relate to the space—and she’s happy to report that it has. After a recital, she’ll often receive messages from her students, much like this one, “Wow, I was taking yoga on this stage this morning and then I gave my recital and it’s so cool. I think about the stage completely differently now.”

These days, Kristen opens her twice-weekly yoga classes to all music students and professors, free of charge, during Jury Days. Jury Days, the end-of-semester final performance exams, are the most stressful times of the year. She calls her class Finals Week Yoga and encourages everyone to join in, regardless of experience. “I make it a bit more restorative, although I will always give them a physical challenge.” Kristen feels that the YogaFit style encourages a culture of interconnectedness within the music department, which has helped them all “be able to share more readily and to recognize that no matter where we are in our journey with music or yoga, there’s an experience to be had and we can lift each other up and share in that spirit.” 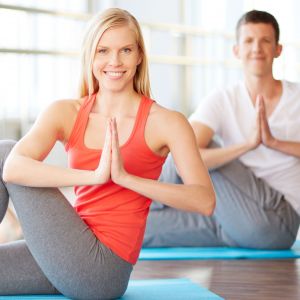 The Truth about Twists 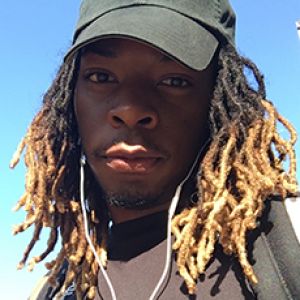 GET INSPIRED: How I Learned to be True to Myself