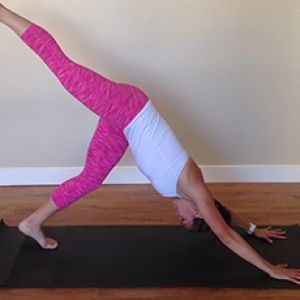 THE YOGAFIT ATHLETE: A Sequence for Muscular Imbalance

The multi-directional movement in this yoga sequence offers a distinct way for athletes to correct muscular and postural imbalances that result from overuse.

Here’s a worrisome statistic: Approximately 65 percent of injuries (athletic and lifestyle) come from overuse and repetitive use. The muscular imbalances that result can lead to injured muscles, tendons and ligaments. Overused muscles become tight and shortened, leaving opposing muscles weak, lengthened or inhibited. Imbalances can occur in both anterior and posterior muscle groups (e.g., chest and back) as well as medial and lateral muscle groups (e.g., hip adductors and abductors). Athletes are particularly prone to problems because of the repetitive movements their training encourages. Even in non-athletes, postural imbalances from lifestyle habits can lead to imbalances as muscles grow and adjust to the body’s movement and position.

As discussed in YogaFit’s Anatomy and Alignment training, there are three different planes of motion in which movement occurs: sagittal, frontal, and transverse.

Many of us spend most of our time in the sagittal plane, a plane of movement where flexion and extension occur. Regular daily activities such as sitting at a desk and driving a car, and sports such as cycling, running, and rowing all occur in the sagittal plane. Repetitive movement in this plane of motion means we spend a lot of time bending forward, which results in tight, shortened, and weakened hip flexors and chest muscles. Tightness in these areas can, in turn, weaken the abdominals, mid-upper back muscles, glutes, and hamstrings.

The transverse plane, where rotation occurs, is the second most common plane we move in. Unfortunately, we don’t generally twist or turn evenly on both sides of the body, which can mean weak obliques and iliopsoas muscles on one side. Not many people spend a lot of time moving in the frontal plane, where adduction and abduction occur. Ice skaters and hockey players, horseback riders, kickboxers and martial artists, surfers, dancers and yogis are among those who most often feel at home in this plane of motion.

From an evolutionary perspective, anatomical symmetry makes sense; after all, a balanced body simply works better. Muscular balance allows our body to function the way it’s supposed to function; injuries become rare and strength and performance are optimized. A lack of strength or flexibility in one area of the body means other muscles have to compensate, which often means muscles designed for one thing have to do something else, in addition to performing their original task. Compensation like this will often result in injury.

The solution? Moving the body through its full range of motion—and yoga sequenced properly does that really well. Yoga can also help correct posture over time with mindful movements that strengthen the weaker muscles while lengthening the tighter ones, ultimately realigning and balancing the body’s structure. The key here, of course, is mindful sequencing because, even in yoga, we can find ourselves focused on one plane of movement at the expense of the others. Classical Sun Salutations, for example, only explore the sagittal plane (flexion and extension). But if we add poses such as Warrior II and Triangle, we can venture out into the frontal plane; adding twists such as Twisting Lunge introduce us to the transverse plane.

It is imperative to give ample time to all three planes of movement when practicing yoga. In addition, flowing movement within the planes of motion encourage equal development of strength and flexibility, while improving balance and agility.

Below is a dynamic flow sequence that uses multi-directional movement to assist with balance and symmetry. The poses in this sequence target most major muscles with continuous movement in all three planes of motion (sagittal, frontal, and transverse planes) and builds heat in the body similar to sun salutations. This sequence can be used alone or as part of a yoga practice.

Beginning in Downward Facing Dog, stepping forward with our right foot, placing our left hand on the floor. We’re inhaling and lifting our right hand toward the sky into Twisting Lunge. Exhaling, we’re placing both hands to the floor. Inhaling, we’re pivoting on the back foot and lifting our left hand to the sky into Side Angle. Exhaling, we’re bringing our hands to floor and stepping into a shortened stance for Pyramid. Inhaling, stepping back into lunge and lifting front foot into air for 3-Legged Dog. Exhaling we’re lowering our leg into Downward Dog. Repeating the sequence on the other side. Option to add a vinyasa flow sequence in between the sides. 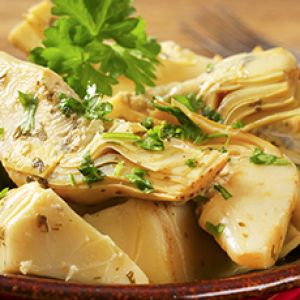 YOGALEAN: A Tasty way to detoxify 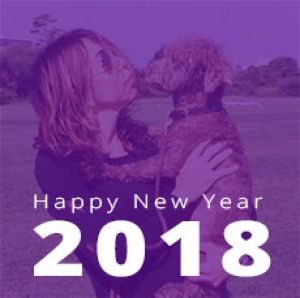 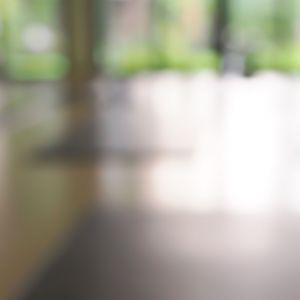