YogaFit for Warriors and YogaFit for Healing Emotional and Physical Trauma

This form of Yoga is based on several understandings about the autonomic nervous system, the human response to stress and the primal body and mind. Primal was also called “reptilian” or “instinctual” body/mind.

The autonomic nervous system is commonly referred to as comprising two fundamental systems, both of which travel the Vagus  nerve from the base of the brain. Parasympathetic, the most ancient, regulates rest -and -digest functions, as well as the “freeze” function in extreme danger. The sympathetic, the next most recently developed system, regulates fight/flight/bite response. In poly Vagal theory, a third category is identified and it is the most advanced, recent development of the ANS in terms of evolution. It may be called the social system of the autonomic nervous system. This fully mylinated, nerve- social -system activates the heart, the throat, the face. This system both sends and receives information for the brain.

In threatening conditions, our organism seeks resolution through the most recent system first, so it would be: social response, then fight/flight/bite, then freeze.  For people experiencing trauma, PTSD and other conditions like autism, the social aspect of the ANS is “offline” at times, and instead, the person’s sympathetic system is active, over active or constantly active. A chronic stress response ensues.  That response is usually disconnected from the persons present reality, causing them to react as if threatened when in fact no environmental threat exists anymore.

The type of stressor which has usually been experienced in someone suffering PTSD is an, ”inescapable” stressor. It therefore follows, that a normal, sympathetic-ANS reaction is not able to respond in a complete way. The sympathetic stress response, involving a cascade of nervous system/ hormonal reactions, stays “on”, which unfortunately keeps the social ANS “off”. It also affects the parasympathetic, by reducing digestion, and raising blood pressure, etc.,  and possibly producing more catatonic, or “frozen” states of being. In general, the traumatized individuals’ state is a flat affect, hyper vigilance, anxiety, overreaction to noise and the tendency to be re -traumatized, even by situations that would not be considered (objectively) traumatic.

The body and mind, seeking balance, then chronically spends energy to re-balance the system, from this constant stress response. This was referred to as “allostatic load.” It could also be called the stress of being stressed. This stress is kept in the body, as well as mind, especially around the centre of the organism. This is commonly reflected in traumatized people who physically express a protected, hunched posture.

The psoas, or the deep-core muscle keeping us upright, is tied intimately to this work.  Most people in trauma, not only compensate psychologically, but physically as well. As said, the person may hunch. A person may also develop very strong “big muscle” groups, especially identified as socially attractive. It is no coincidence that a “strong core” is perpetuated as the most attractive feature of people today. Our excellent teacher, Shaye Molendyke, described this as compensatory to the max, and that true core strength is characterized by a limberness and expansive energy….one which seeks to radiate the upper body upwards, rather than contain. We fully experienced this in our master classes during the trainings.

In the body/ mind work of warrior yoga, the allostatic load and body-trauma is visited, through body awareness and exercise. This was very subtle work, very, very slow, meditative movements, and characterized by shaking and vulnerability with very long breaths.  It also included rotational movements of the shoulders and hips, “like a snake” and an invitation to express our animal selves. Theoretically, if we succeed in letting the organism “complete the stress response”, experience the body’s expression of this trauma, we let the ANS switch to its more adaptive social system. Shaye did say this is a process, but is also very much a “switch” type response, one which happens in the moment.

The breathing is central to this work, and far more important than the exercises. The breathing is ujjaye breath (“victorious breath”). The breath out is metered using the back of the throat, producing a “ha” sound, and slowed very deliberately, especially on the breath out. The breath in is the same, with an “ha” sound. The breath in is more challenging in some ways, because the “ha” is a little trickier to produce during in-breath.  The place on the back of the throat where the “ha” is produced is exactly where the vagus nerve passes by. (Did the masters and mystics not have it right all along????)

The people around a traumatized individual clearly play a key role. There are very subtle ways people can feel threatened, even as we try to help. One of the keys is to not allow the traumatized persons’ threatened response to cause us to give up, or to react defensively. It must be remembered that they are in a sympathetic stress response that is autonomic. I suppose one great piece of news is that the social response is also autonomic in some sense, and that switching it on, even for brief periods, will produce its own momentum within the individual and those around them. 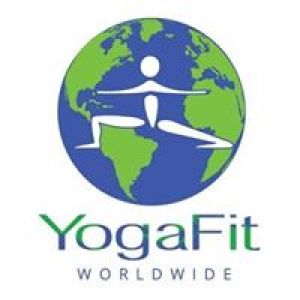