In my last post, Beth Shaw, a She Owns It business group member, talked about the redesign of her company’s Web site. Readers provided thoughtful suggestions and comments, giving her plenty to consider as she moves forward. Since then, she has signed the contract with her Web developer,New Possibilities Group, which was preparing a mock-up of YogaFit’s new home page when I checked in with her.

The current home page had few fans. “It’s not a warm place to land right now,” noted one reader, a YogaFit customer who enjoys the company’s products. “Dull,” said another.

As several readers suggested, Ms. Shaw rejected the idea of creating two separate sites — one for yoga enthusiasts and another for professionals. Addressing other comments, she said the redesign would include a mobile site and incorporate a consistent image for the brand across its social media platforms.

Some readers were highly skeptical of the Jan. 1 deadline Ms. Shaw said she had been promised. “I suspect that if they meet this deadline it will only be because they are skimping on user research, testing, or some other component,” one reader wrote.

When we spoke again, Ms. Shaw acknowledged that it was unlikely the job would be finished by Jan. 1. I contacted her Web developer, Pete Czech, who said the “end of year” deadline was first contemplated when his company and YogaFit began negotiations around Nov. 1. He pointed out that he was still waiting for feedback on the home-page designs he provided YogaFit.

Readers were even more doubtful about something else Ms. Shaw said — specifically, that New Possibilities Group generally handles just one job at a time and would dedicate 10 people to the YogaFit account. “If you believe that your new Web site company only takes on one project at a time and will put 10 people on the job for 23K, than I’ve got some swampland in Florida that I’d like you to take a look at,” wrote one reader. Several others did the math, which didn’t seem to add up to the going rate for Web developers.

When I spoke with Mr. Czech, he said he was unsure where Ms. Shaw got the idea that his company handled just one job at a time and that it would place its entire staff of 10 on the job. “We wouldn’t be in business,” Mr. Czech said, if the company handled just one job at a time. As for a dedicated team of 10, Mr. Czech said it’s conceivable that all 10 of his people will touch some aspect of the project at some point — but not that all 10 would be dedicated to YogaFit.

Ms. Shaw said her information came from the YogaFit employee in charge of the redesign, who informed her that New Possibilities Group promised to put 10 people on the job and work on it exclusively. “I’m not sure where the disconnect is,” she said, adding that this would certainly be a topic of discussion in her next conversation with Mr. Czech.

We will let you know what they decide — and also update you on developments with the other businesses in the group. 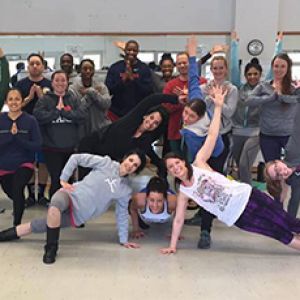