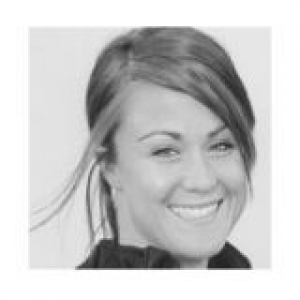 Yoga Therapy’s Check Up at George Washington School of Medicine

In January the Yoga for Medicine conference was put on by George Washington University School of Medicine and the Freer Slacker galleries at the Smithsonian in Washington, DC. The event was attended by nearly 200 people, a mixture of medical professionals and yoga teachers. This integrative medical conference started with the sound of tingshas and a collective Om from the crowd. This conference affirmed to me that Yoga Fit is yet again blazing the path with yoga therapy much like it transformed yoga instruction.

The keynote speaker, Dean Ornish, cardiologist, researcher, and a pioneer for the use of alternative medicine reviewed his studies on the yogic lifestyle’s effect on cells and the reversal of chronic disease. Researchers used thallium scans that showed improved blood flow to the heart after lifestyle changes were made. Dr. Ornish went on to state that what enables people to change is stepping away from a fear based dialogue and moving toward fun, freedom, pleasure, and love. This self-acceptance is the base of Yoga Fit levels 1, 2, and 3. We also have a training on meditation that allows participants to take a deeper look at their own stress responses while learning a meditation style that is best for them.

In the lifestyle heart trials in 1995 and 1998, Dr. Ornish showed improved ejection fraction (how well the heart pumps) when people followed a yogic lifestyle. In this study participants had medical professionals that worked with yoga therapist to maximize their lifestyle choices. Yoga Fit is partnered with The American Heart Association ® creating Yoga Fit for the Heart, an innovative program to offer professionals the most current research in cardiovascular health in conjunction with contemporary holistic yoga therapy practices. Nearly 12% of all yoga research has been completed on the heart and cardiovascular disease.

Dr. Ornish went on to research cancer once he learned that a change in genetic expression could reverse heart disease. He found that the same lifestyle changes in his heart trial also reduced tumor size in prostate cancer. Dr. Lorenzo Cohen, of MD Anderson Cancer Treatment Centers, found that yoga increases the quality of sleep and reduces cortisol levels over time. He found that meditation and yoga increases working memory and in turn also increases executive function in the brain. Yoga Fit is again on the mark with our new cancer therapy program that is now in the works and set to be released soon.

Also at the conference was Dr. Richard Miller, a clinical psychiatrist that works with the Veteran’s Administration treating soldiers returning from combat. Dr. Miller uses yoga nidra at Walter Reed Medical Center and has completed his 17th research study on yoga as a therapeutic healing module. He found that increasing self-esteem, well- being, resiliency, and interpersonal relations through meditation, asana, and yoga nidra allowed participants to handle stress better. It increased neuroplasticity! Yoga Fit’s warrior certificate program uses yoga nidra during savasana to help students relax and quiet their mind. The Warriors program is also supported by MyCAA and offers discounts to military service members and spouses. An army veteran said it best, “yoga shows me what’s right with me”. In the warrior program we go beyond the soldier and look at other elements of trauma, teaching the individual to rewire the brain. We explore Dr. Chris Streeter’s poly vagal theory and learn that the “vagal brake” shows an individual’s ability to handle stress. Research now shows that the brain will actually get bigger if a person exercises and sleeps well!

Dr. Dilip Sarkar spoke on pranayama, telling a riveting story of a heart patient that was too sick to do anything but breathe. He refused surgery and began a pranayama practice. His ejection fraction was 10% when he started and six months later it was 40% (near normal). Dr. Sarkar believes this pranayama intervention empowered the individual to heal himself. Eighty percent of all illness has a stress component so it only makes sense that pranayama would be an appropriate therapy for the most debilitated patient. Dr. Amrita McLanahan had similar comments; increased circulation is a product of asana practice and meditation will make the left prefrontal cortex of our brain longer. She added that increased focus in decision making can be developed in meditation and decreasing anger in turn lowers the risk of illness. She offered a challenge to the crowd to try 15 minutes of alternate nostril breathing the next time they were angry. The anger would be alleviated within 10 minutes. Pranayama is so essential that YF made it a required training for the yoga therapy and 500 hour RYT programs.

Dr. Timothy McCall spoke of the great guru, B.K.S. Iyengar, who would work with patients for many months taking them in and out of poses in a sort of trial an error style after carefully assessing them and their illness. Yoga therapy is not likely to advance by testing poses for specific illness but by studying the habits of gurus and teachers. He added that western medicine should not be abandoned but simply brought together with eastern philosophy for a more integrative approach that can allow greater individualization to the person not the disease. This idea of making the pose or practice fit the person is a founding concept at Yoga Fit and one that has translated forward to our Yoga Therapy Program. In Yoga Fit’s basic therapy courses (Therapy 1, 2, and 3) instructors learn the art of individualizing a practice that is based on the person not just the illness.

Dr. Lorenzo Cohen summarized the sentiments of many at this ground breaking conference. He stated that the day will come when yoga therapist work side by side with medical professionals to heal the person not just treat the disease. He also added that yoga should not be bound by class or economic stature but available to everyone. Beth Shaw shares this visionary leadership and requires all level one trainees to give back eight hours of free yoga to the community. This has led to over a million hours of yoga to masses for free. Yoga Fit is the leader in mind body fitness education and believes in the power of the individual. Once again Beth Shaw has propelled Yoga Fit into yoga therapy with a clear path grounded in science while seamlessly merging eastern and western philosophy to promote healing.

Amanda started her journey with Yoga Fit in 1999 when she began teaching at her local gym. She has her BA in Nursing from Augusta State University of Georgia and works as a Registered Nurse at University Hospital in Augusta, Georgia. Amanda is currently working on her Doctorate of Nursing at Georgia Health Sciences University. She is an ACE certified group fitness instructor, earned her RYT 200 in 2006, and her E RYT 200 in 2008. Amanda is an avid runner and teaches indoor cycling classes as well. Yoga has provided Amanda with a solid base for her personal life, nursing practice, and for her group fitness classes. One of her favorite quotes speaks that to the heart of her yoga practice is, "Peace. It does not mean to be in a place where there is no noise, trouble, or hard work. It means to be in the midst of those things and still be calm in your heart."~ Unknown

Karma Yoga: Being a Yogi and a Success in Business 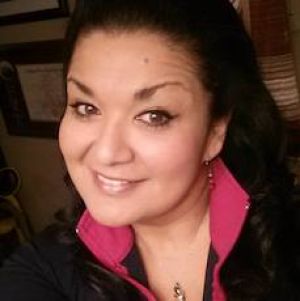