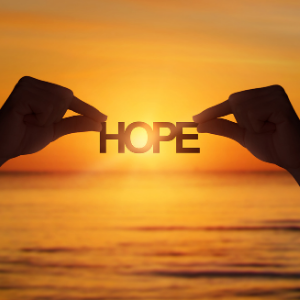 Suicide Is Tough to Write About…

…well it is if you’re talking from a first-person account like I’m about to. Deep breath and just start already Shaye! (That’s my version of a pep talk.) Ok, here it goes….So I wanted to kill myself once and like seriously drive off a bridge kill myself, and that’s how I had planned to do it because I’m squeamish about blood (we don’t own guns). And also, I was worried about taking pills because I thought I’d just throw them up and fail, which would make me feel even worse because I’m a perfectionist. Those are the weird and yet completely rational types of thoughts that go through a person’s mind who is seriously contemplating suicide. I’m sure to most people I looked  “normal,” and no one had really caught on to what I was so desperately hiding…well except my husband, who knew something was amiss, but I’ll get to that. On the inside is what was surprising and something I’ve never felt before... NOTHING. That’s it, I felt absolutely nothing, which sounds like not that bad, and why would you want to kill yourself over nothing?

Well turns out nothing is incredibly terrifying and makes you start to think that driving over a bridge is completely rational and would at least be SOMETHING and that something would get you out of the misery of the nothingness. Now mind you, I knew the whole time I knew I was suicidal and probably should get help. My analytical mind was still working quite well. I knew from the DSM (Diagnostic and Statistical Manual of the APA) checklist that still ran through my mind from my time working on an in-patient psychiatric ward that I was depressed, and probably severely. But there was such a detached awareness about it that I easily tossed that awareness aside most days and went about finding the courage to drive over that bridge. I have my Masters in Counselling and worked on a psychiatric ward with severely suicidal patients. Yet I thought I was different than them because it felt so rational to kill myself, and at the time, I perceived them as “irrational.” I also still got up each day got things done even though I could have cared less about any of those things. By the way, I had two small children under the age of 4, we had just moved for like the 10thtime as a military family, I had to find a new Military Reserve job for myself, AND the 2008 recession brought on by the housing market implosion had just kicked off in earnest and we had just bought our house at the height of the market.

Hindsight is 20/20 and events themselves don’t determine if someone is going to become depressed or suicidal, but I see now that was the perfect combination of stressors that triggered my severe depression. This is different than what we typically think about someone who is depressed as I wasn’t crying all day long or unable to get off the couch, even though that can certainly happen to many people in that state. Instead, there was a horrific lack of feeling or ability to call up any type of feeling whatsoever. It was a vast wasteland that seemed to stretch out before me forever like a desert that has no landmarks. I couldn’t get my bearings on anything inside of me – there was no map back to my old self, and yes, I was practicing and teaching yoga at that time. I had committed the cardinal sin of pride, and you know that precedes a big fall. I really prided myself in my yoga practice and my mental health knowledge. I thought I was immune from anything like this happening to me even though I have very strong family history of mental illness. I just didn’t think it could happen to me, but it did and I didn’t get help, and I should have. Obviously, I didn’t drive off that bridge, and eventually, I started to feel again and slowly found my way back home to myself, but it took a long time. My husband was relieved when I started acting like the old me again emotionally. I knew he knew even though I never told him.  He was scared for me and almost in an animal-like way of awareness that the human-animal living with you “isn’t normal.” I must have been sending off weird vibes to say the last, and he felt them but never asked me directly. I think it scared him too much to acknowledge the place I had arrived at and he didn’t know what to do. It’s not his fault, and I don’t blame him one bit. If he had asked, I would have just strongly denied it anyway. That was my greatest fear, to get found out.  I didn’t want anyone getting in the way of my plans by trying to ”help” me. I thought I was beyond help at some animal level of knowing death is near and wanting to just go off into the woods to die alone so I wouldn’t be a burden to anyone anymore. It’s a weird thing even for me to say now, but that’s the mind of someone who is suicidal and why it’s so hard to help them.

I’m so grateful I haven’t been back to that desert-like place since then, but I have felt twinges of it at times during the Pandemic and I’m on full alert. I have a plan and it involves yoga, meditation AND making an appointment with a counselor BEFORE it gets too far down the road. Shoot, maybe we all should be in counseling right now.

This brings me to why I agreed to write about my personal experience with suicidal thoughts during National Suicide Prevention and Awareness month. I know so many people are experiencing very difficult stressors all at once right now with no end in sight and need help. I don’t have a perfect solution; no one does. BUT I do know that taking action helps a lot. Trust that the actions you will take will work eventually if not right away – don’t do it from a place of feeling, do it from a place of logically following the rules, and the feelings will come back.  Have a plan before you need one, and start practicing yoga and meditation if possible. While not perfect, and it certainly didn’t prevent me from becoming suicidal, it did become my way out of it. Yoga (preferably trauma-informed yoga) and meditation help us release  the neurochemicals we need to feel human again like serotonin, dopamine and GABA especially.  Mindfulness practices like meditation help us turn on the parts of the brain that are in depression, especially the Medial Prefrontal Cortex (MPFC) that helps with good decision-making, emotional self-regulation, and self-efficacy. These are excellent weapons against depression, and you stand a better chance when you have them.

Also, FIND YOUR PEOPLE. I know that’s super hard right now, but if you are looking for your forever yoga family home then YogaFit might be the place for you. Personally, it’s been my mental health lifeline during the Pandemic that has kept me out of the desert of depression. If you are interested in discovering ways to help yourself or others through trauma-informed yoga then possibly consider our YogaFit for Warriors Program. There are no pre-requisites for any our YogaFit for Warriors Program workshops and they are all running online right now. They are also beginner-friendly, experiential, and interactive with other like-minded, compassionate people who just want to feel better or help others feel better. It’s truly the best medicine.

If you or someone you know needs help please don’t hesitate to reach out to the National Suicide Prevention Line 1-800-273-8255. Also, feel free to reach out to me personally at warrior@yogafit.com with any questions about the YogaFit for Warriors Program. Bottom Line: There is a map home, and there are guides who can get you there. 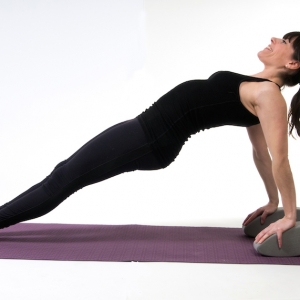 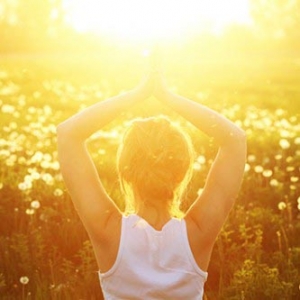 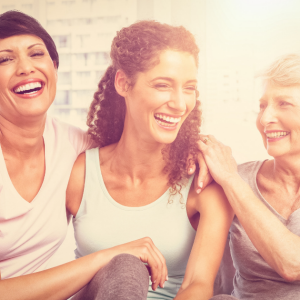 Ways Meditation Can Improve Your Mood