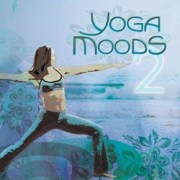 Renew your spirit - The bliss goes on in this serene sequel to the sought-after first album in the Yoga Moods series. The founder of Yogafit Beth Shaw compiled this new chilled out set, mixed by David & Steve Gordon (Buddha-Lounge). This collaboration resulted in an elegantly hip soundtrack for yoga and the finer pleasures featuring some of the most talented and in-demand global electronica and world music artists such as David & Steve Gordon, Jaya Lakshmi, Peter Mergener, Helene Horlyck and Opera to Relax. These mellow downtempo beats create a soothing atmosphere you can enjoy in many ways. This perfectly sequenced set of relaxing electronic music, trip hop and ambient grooves are the perfect soundtrack for the modern yogi lifestyle. Whether it's doing yoga, hanging with friends or unwinding at day's end, you'll enjoy this soothing atmosphere.